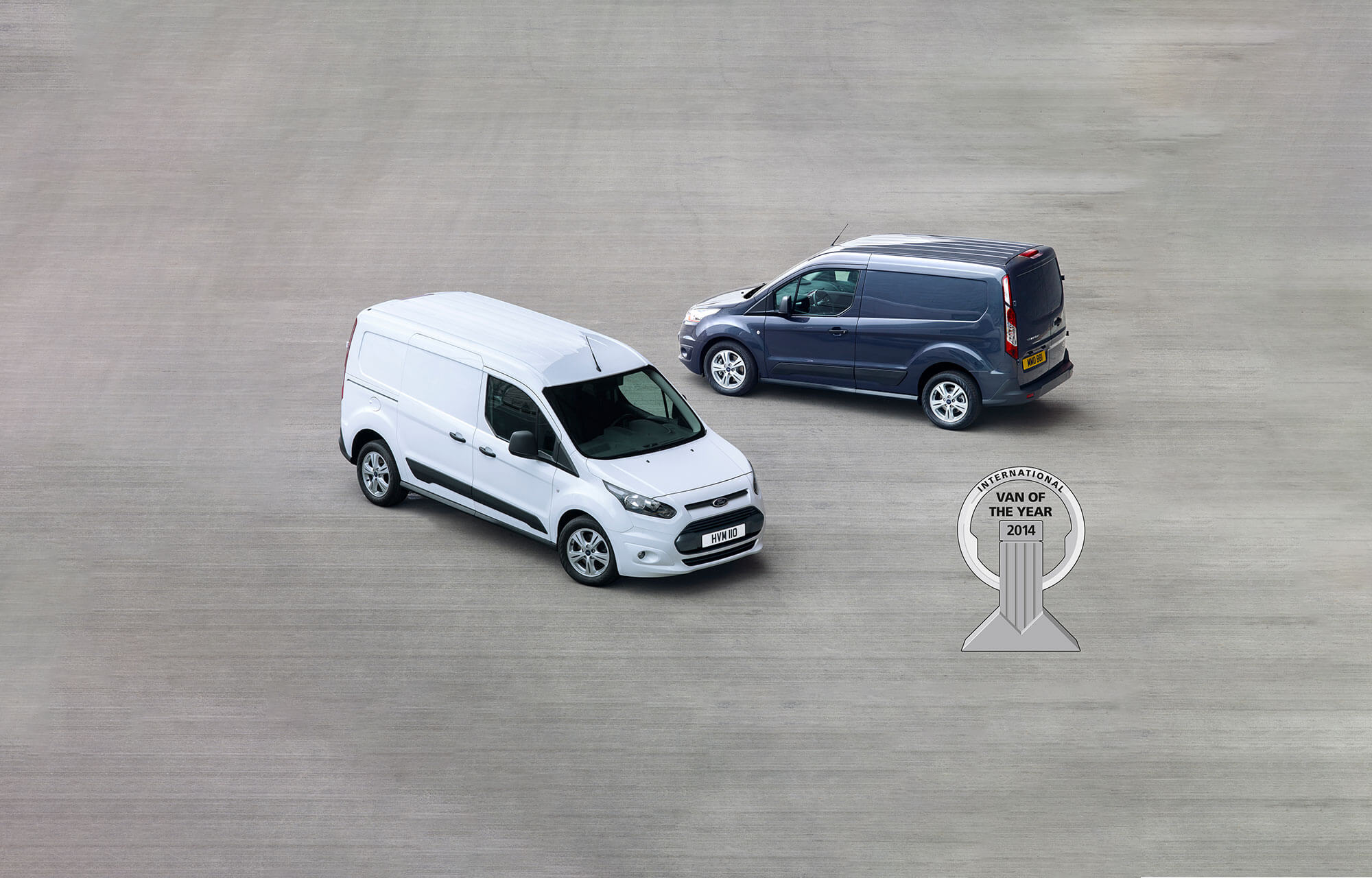 The all-new Ford Transit Connect was today named “International Van of the Year 2014” at the COMTRANS commercial vehicle exhibition in Moscow as Ford became the first single manufacturer to win the award for two consecutive years.

Ford registered a record-equalling fifth “International Van of the Year” victory after the jury of 24 European specialist journalists awarded the Transit Connect 130 points from a maximum possible 163 to put it ahead of the Mercedes-Benz Sprinter (123) and Renault Kangoo (25).

“The all-new Transit Connect has moved the game on for compact vans – and we are really proud to win this significant award again,” said Barb Samardzich, vice president of Product Development, Ford of Europe. “The new Transit Connect is just as tough and hard-working as all our commercial vehicle range, and comes with smart new looks and much lower fuel bills.”

As Ford completely redesigns its entire commercial vehicle line-up over a two-year period, the stylish new Transit Connect joins an all-new four-strong Transit range, alongside the Transit Custom and the forthcoming 2-tonne Transit and Transit Courier to be launched in 2014.

Available in Van, Double-Cab-in-Van and Kombi bodystyles, the Transit Connect also offers a spacious and practical load area with total volumes of 2.9 m3 and 3.6 m3 with a full bulkhead; maximum payloads of up to 1,000 kg match the best in class figure.

“The all-new Transit Connect impressed the jury on a number of fronts, and above all by the fact Ford has succeeded in building a light van with a strong accent on economics – the vehicle is a good answer to the needs of small operators as well as big fleets to reduce the cost of transport of goods,” said Pieter Wieman, chairman of the “International Van of the Year” jury.

“The loading space offers several innovative aspects such as load-through hatch in the bulkhead, fold-up front passenger seat and a sliding side door in the long-wheelbase model which enables a Europallet to be loaded,” Wieman said. “Ford has also paid a lot of attention to durability and safety, subjecting the van to commercial vehicle testing and durability standards, and being first in its class to offer features like Active City Stop.

“Our teams across Europe are justifiably over the moon with this great news” said Stephen Lesh, Transit Connect chief program engineer. “The team has worked tirelessly to deliver the perfect vehicle for our hard-working customers, and this is a wonderful day for all those responsible for the Transit Connect across Europe.”

Discover more of the Transit Connect.

Email or Call Me Back Book a Test Drive Book an Appointment
*Equipped with a fixed 100 km/h (62 mph) speed limiter. The stated fuel consumption and CO2 emissions are measured according to the technical requirements and specifications of the European Regulation (EC) 715/2007 as last amended. Results in MPG also correspond to this European drive cycle and are stated in imperial gallons. The results may differ from fuel economy figures in other regions of the world due to the different drive cycles and regulations used in those markets.